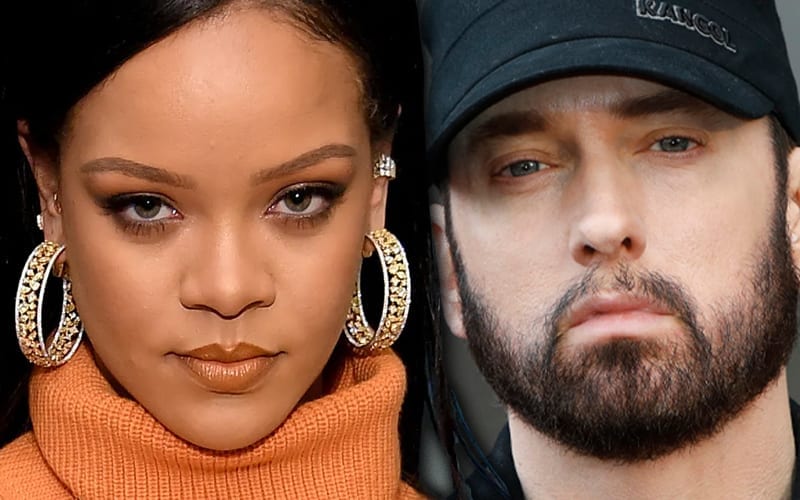 The music industry is all about who you know and sometimes more than one person hears a song they want to make their own.

Rihanna wasn’t the only person who heard the track for the song that would eventually become Diamonds. It was shopped around to a few people and Eminem was one of them.

It turns out that Eminem and Rihanna both made a song based on the beat. Producer Benny Blanco explained to Apple Music’s Zane Lowe that he had no idea that this was the case until he heard it a few days later.

“We’re listening to it a few days later, and [co-producer] Stargate’s like, “Yo, we’re giving this song to Rihanna. It’s going to go.” And I was like, “I don’t know, man. Should we keep the beat for Kanye? I don’t know about it,” he continues. “And then, I remember, at the same time, I had given a beat CD like a month earlier to Paul Rosenberg to give to Eminem. And apparently, Eminem had done a song to it, too. And I didn’t even know. And I’m sitting there… Dude, so when it happened, Paul was like, “Man, Em had that beat on hold.” I was like, “What? I didn’t even know.”

You never know what can happen behind the scenes at a recording studio. It turns out that one of there are two songs to the Diamonds beat, but Eminem’s track will apparently remain vaulted. Perhaps we’ll hear it someday.