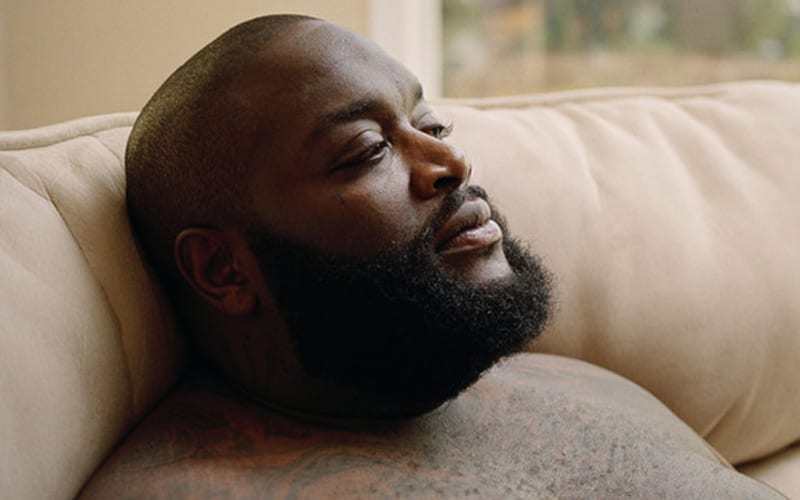 Rapper Rick Ross’ issues with his health is a well-known fact for his fans, as the rapper had many death scares a few years ago. In his memoir Hurricanes, Ross recalled that his abuse of Lean caused him to soil himself while having sex with a woman.

Since then Ross made a promise to himself to clean up his act and go to the gym and better his life. He also shared a story about him passing out during sex while speaking to Big Boy’s Neighborhood in 2019.

In the video, Ross and Big Boy talked about how Lean had affected Ross’ life badly and how he quit it. He stated how a girl he was having sex with thought the rapper died.

“I got to a point where I couldn’t do it no more. I had started falling asleep at the red light. I was having sex before, I woke up and the girl was like [screaming and crying],”

It is certainly a relief the rapper managed to turn his life around for the better, else he certainly would not have been alive at the rate Ross was going.

Thanks to HotNewHipHop for the quotes.