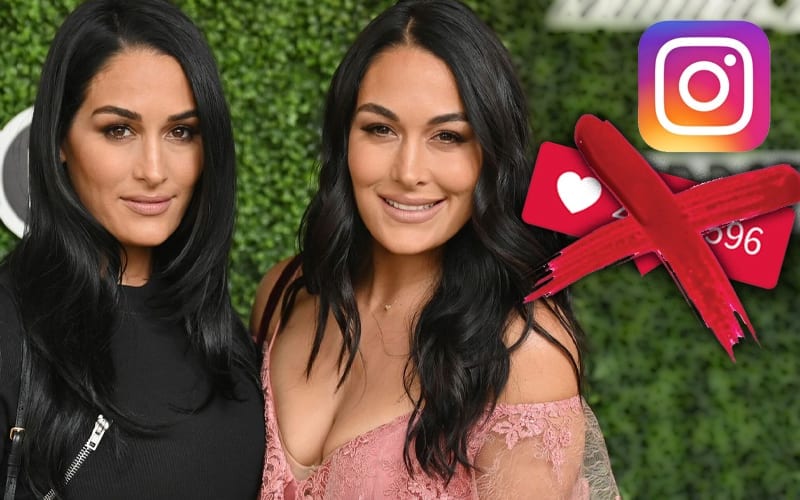 The Bella Twins know a thing or two about running a social media empire. They have photos with plenty of likes on Instagram, but they’re weighing in on a recent controversy in a way that some might not expect them to.

During the Bella Twins’ podcast, the subject of Instagram doing away with “likes” came up. Nikki and Brie both agree they should be 86’ed.

“You know how Instagram keeps going back and forth about taking away likes, and I know some people are like, ‘uh uh,’ but sometimes I think like, do it!” Brie Bella said.

Nikki Bella then chimed in and totally agreed with her sister. “I think take them away. Why put the pressure on people?”

Their guest on that week’s show, Cheryl Burke, said that they should take away the comments as well. The Bellas agreed with that idea, too.

Social media can become a competition where an account’s clout depends on how many people smash that “like” button.” If you ask the Bella Twins, Instagram should do away with it entirely.