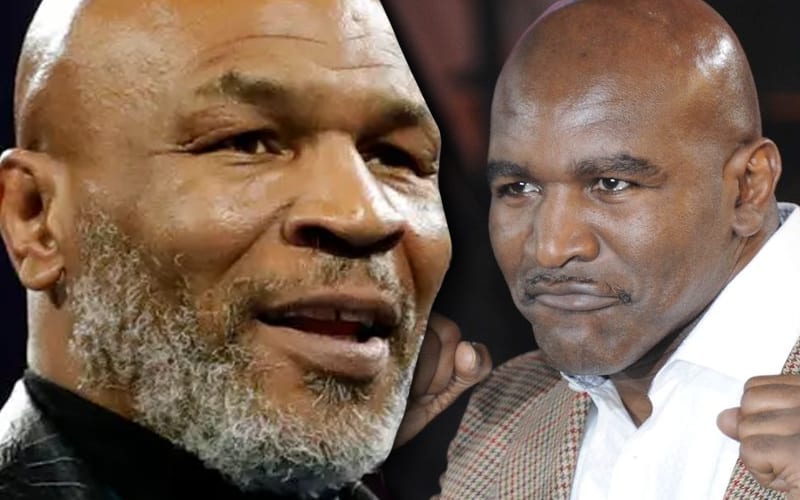 Boxing legend Mike Tyson is set to fight again and it will certainly bring in a ton of cash because Tyson vs Holyfield III is on!

It as previously reported that it was thought that the super fight between Mike Tyson and Evander Holyfield wouldn’t happen. They were trying to work on a 50/50 money split, but Tyson wanted a bigger cut.

Now Tyson has confirmed while on Haute Living that he will fight Holyfield for a third time on May 29th. This will go down at the Hard Rock Stadium in Miami.

“I just want everybody to know. The fight is on with me and Holyfield. Holyfield is a humble man, and I know that. And he’s a man of God, but I’m God’s man. Listen, I’m going to be successful May 29.”

Mike Tyson vs Roy Jones Jr brought a ton of attention and plenty of pay-per-view buys. We can only imagine that Tyson vs Holyfield III is going to do exceptionally well. They don’t have a ton of time left to promote the fight, but it is happening.