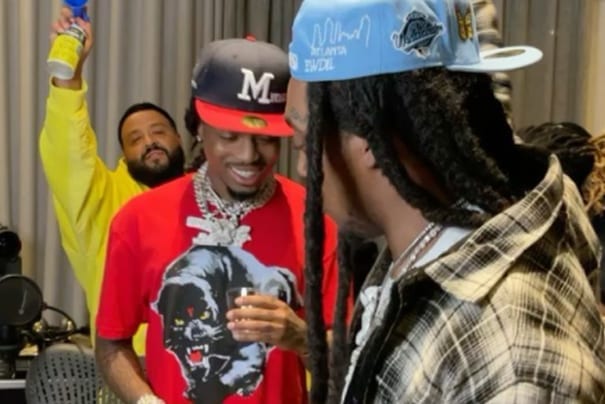 Both Migos and DJ Khaled are very focused on making albums. In Khaled’s case, he is currently busy building anticipation for his twelfth studio album Khaled Khaled. In Migos’ case, trio has already hinted at a possible release for their upcoming Culture 3 album for April.

Now it seems both parties decided to work together in the studio. DJ Khaled recently took to Instagram and uploaded a video of his recent studio session with Migos. He had previously worked with Migos on songs such as “No Brainer.”

It is definitely rare for Khaled to share small clips of songs he does with his collaborators. The video featured celebratory air horning and a declaration that the upcoming song will be a hit.

It is certainly a treat that Migos will be appearing on the upcoming Khaled Khaled project, regardless of whenever it will drop. We will have to see how the collaboration turns out to be.