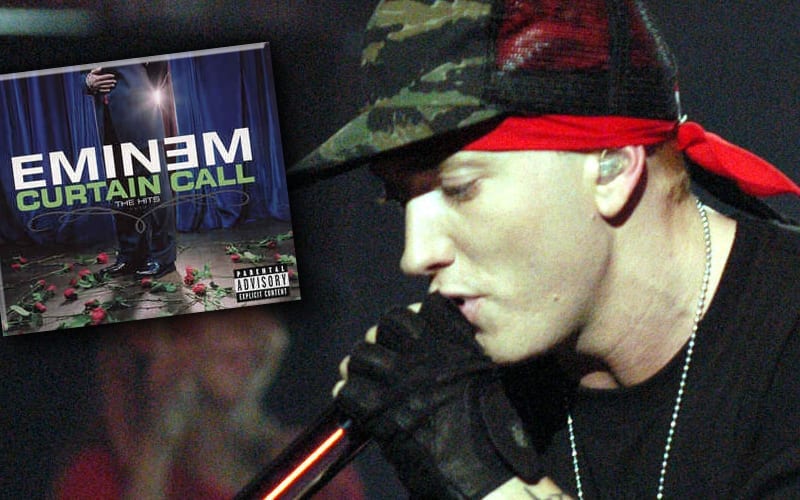 Everyone loves a greatest hits album, especially stans of Eminem.

Eminem’s Curtain Call album, a greatest hits collection from 2005, included some of Slim Shady’s best tracks from his first six years in the rap game. That record was also a hit with fans.

Curtain call has stayed on the Billboard charts for a total of 523 weeks at this point. That is over a decade.

Forbes reports that Em’s Curtain Call record has now officially spent 10 years on the Billboard Top 200 charts. That’s an impressive accomplishment, but it actually isn’t the longest-running with that record.

It is the sixth-longest-running album in Billboard 200 history, behind Pink Floyd’s The Dark Side of the Moon (958 weeks), Bob Marley and the Wailers’ Legend (669), Journey’s Greatest Hits (659), Metallica’s self-titled album or the Black Album (598), and Guns N Roses’ Greatest Hits (520). (Those figures are taken from last week’s chart dated March 20 and are subject to change when Billboard posts the rest of this week’s chart on Tuesday.)

Odds are Eminem’s Curtain Call will remain on the Billboard Top 200 for many weeks to come. We’ll have to see if it eventually tops those other iconic albums. If anything, it’s certainly isn’t leaving fans’ playlists any time soon.