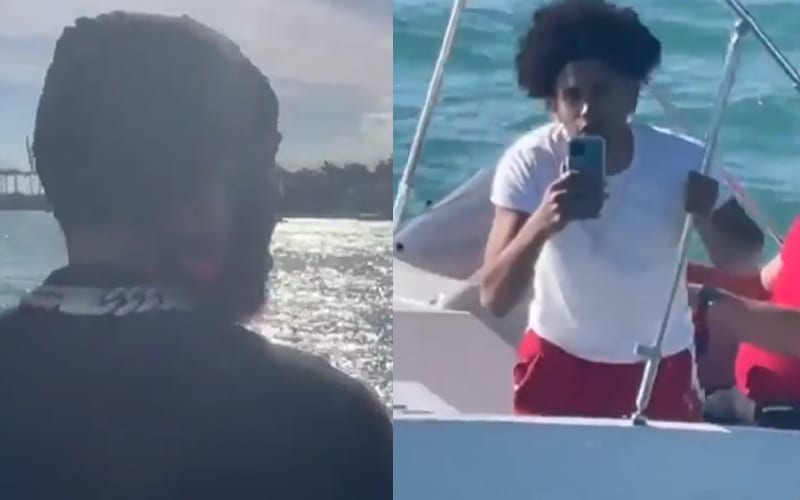 Rapper Tekashi 6ix9ine remains a controversial figure in the Hip-Hop world as he seemingly has beef with pretty much every rapper on the block right now. It seems the rapper decided to take a break from all the trolling and had a yacht party.

The rapper uploaded a video on Instagram, where he could be seen partying with bikini-clad models doing a variety of things. However, it seems he also had a verbal altercation with a man who was following him on a smaller boat.

It was then discovered that the rapper and his entire crew were being filmed. While yelling at them, 6ix9ine said:

When the man tried to respond to the rapper, 6ix9ine interrupted him and said, ”Alright, keep it pushing.”  Someone with 6ix9ine was then heard to tell the man in the smaller boat to move away and “suck another d*ck over there.”

There is no doubt that 6ix9ine’s life will be devoid of drama anytime soon as he essentially thrives on it.