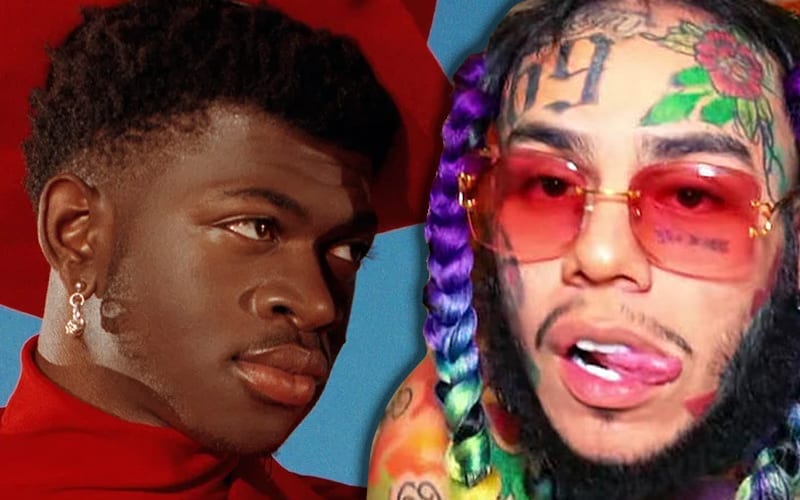 Lil Nas X was recently trolled a bit by 6ix9ine, but he had some alleged bombs to drop of his own.

Lil Nas X didn’t appreciate seeing this jab at his sexuality. He dropped his own message on Instagram. Nas X revealed messages claiming to be DMs from 6ix9ine asking “Gonna be in yo city soon what you doing lol?”

6ix9ine was quick to try and squash this rumor. He jumped on his own Instagram story and showed that he has no messages to or from Lil Nas X. Fans aren’t buying it, but some are.

This subject is currently lighting up social media as fans debate whether Lil Nas X made up fake DMs or if 6ix9ine slide in and deleted those DMs before shooting the video.

You can check out the evidence below and judge for yourself.