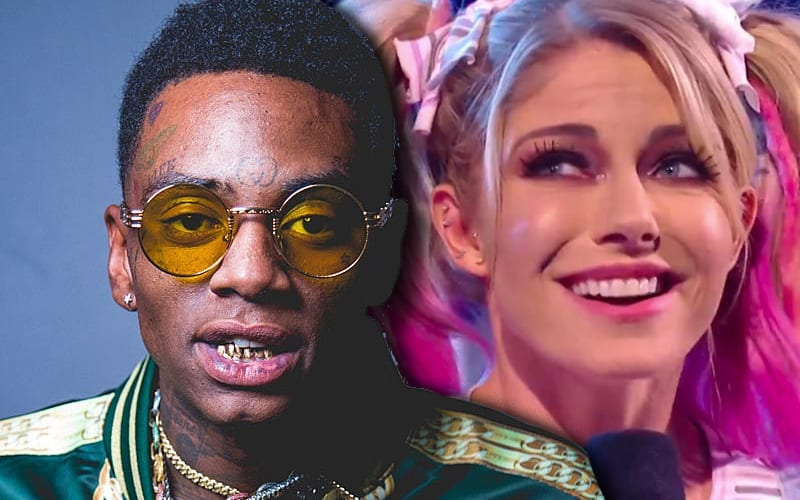 Soulja Boy said that the rap game is faker than WWE, and this did not end well for him at all.

Alexa Bliss threw out a tweet asking: “What’s a ‘Soulja Boy?’ Well, whatever it is… Randy [Orton] is not happy with it.”

Soulja Boy fired back with an animated gif of Alexa Bliss “dancing.” He captioned the tweet by saying: “Hey Lexi it’s this dance you’re doing.”

Bliss, who is engaged to signer Ryan Cabrera, responded to Soulja Boy in a way that also brought her WWE character into things.

Yowie wowie! that’s your dance!? I was doing that to mock Asuka. (a bad ass champ. FYI) …. But… I mean hey, lemme know if u need help choreographing your next video… I also throw temper tantrums in pigtails if u wanna use that too.

Soulja Boy simply responded with an animated gif of himself getting up from a radio interview and promptly leaving. We’ll have to see what the future holds for Soulja Boy and WWE, but they might not be done with each other on social media.