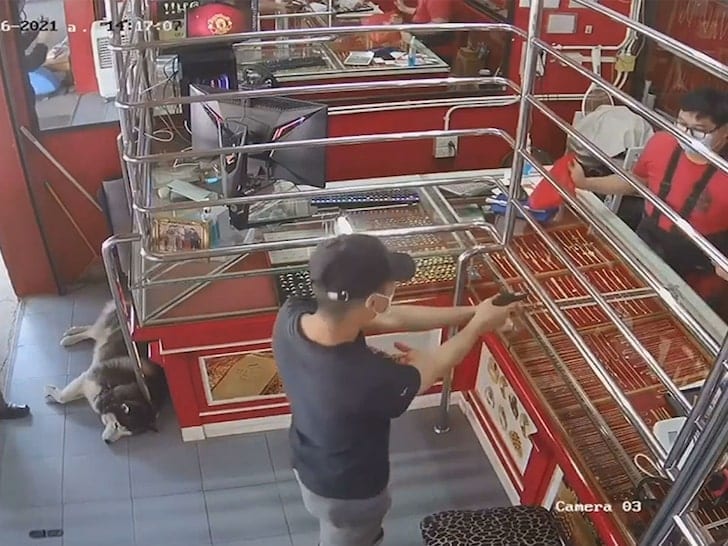 It is arguably common knowledge that a dog can be an excellent guard for protection from thieves, robberies and the like. However, it seems one particular dog didn’t quite get the memo.

A staged armed robbery training took place in Chiang Ma, Thailand, on February 16. The objective of the robbery was to train a husky to become a competent guard dog, but that didn’t end up happening.

During the alarm training day, a man came into the jewellery store and pointed a fake gun at the store clerk. The owner of the store named Worawut Lomwanawong was waiting for the husky, who was called Lucky, to attack the man with the gun.

However, the unbothered dog slept through the entire robbery even when his owner was held at gunpoint. The robber was given the bag of money as he fled the scene.

Every dog has his day, but it was certainly not Lucky the husky’s day for sure. Hopefully the dog learns to become a better guard dog in the future, for his owner’s sake.