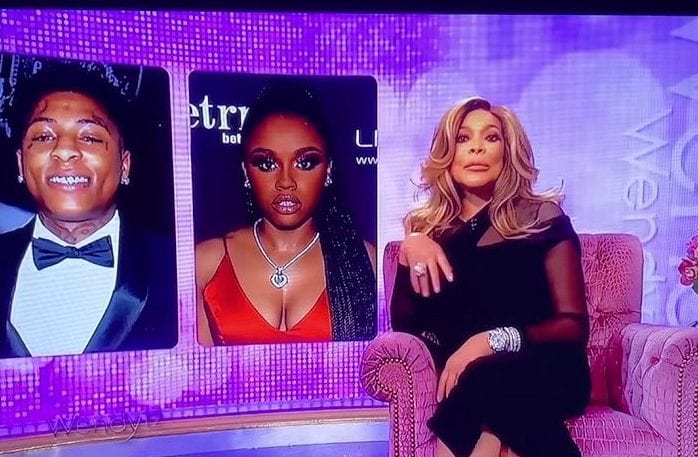 American broadcaster, businesswoman, media personality, and writer, Wendy Williams has always spoken her mind without thinking about the consequences. This was yet again proven in a recent episode of her infamous talk show The Wendy Williams Show.

The controversial talk show host is at it again, giving her two cents on trending entertainment topics. Obviously, she had to bring up NBA Youngboy and his ex-girlfriend Yaya Mayweather.

Poking fun at the rapper who recently had his seventh child with Floyd Mayweather’s daughter, Wendy summed up everything that happened between Yaya and YoungBoy, including. Williams’ comments found their way to Youngboy’s mother, Sherhonda Gaulden who was understandably upset about them.

An irate Gaulden took to Instagram and reacted to Williams’ constant berating of her son with transphobic remarks and deleted the post later on.

“This ugly b*tch don’t have nothing better to do than talk sh*t about people, “Raise the dress up and let us see if you have a d*ck How you doing!!!!!!!!”

In 2021 too, Wendy Williams is still bombarded with transphobic comments and it is unlikely to stop soon.