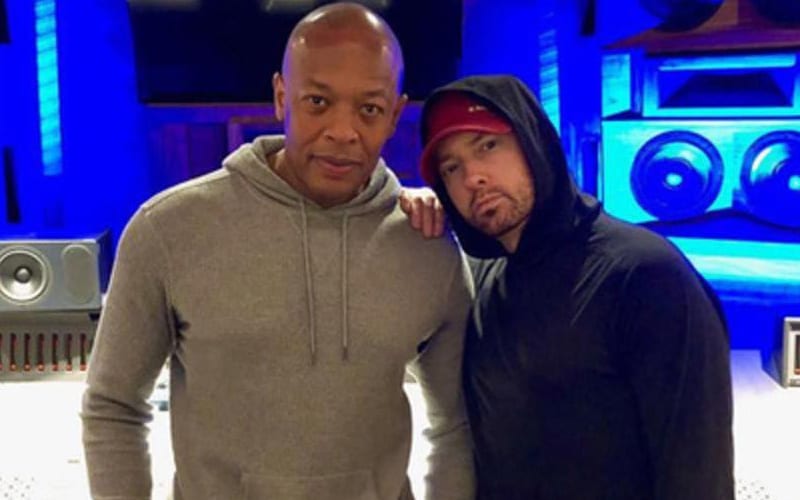 KXNG Crooked has put out some fire tracked, but he can’t afford a beat by Eminem or Dr. Dre. Those titans of rap music are out of anyone’s price range.

While speaking to the My Expert Opinion show, KXNG Crooked discussed the financial aspect of buying beats. He was asked about being able to afford a beat by Eminem or Dr. Dre, and he laughed it off. Those beats are ridiculously expensive, citing a price tag of a quarter million dollars just for the beat.

“I can’t afford no Dre beats. And that’s Em too. Em produced some joints for me. You know, he don’t put no… You can’t put a price tag on that ‘cause nobody can afford that shit. We are alright over here, but we ain’t throwing 250 at a f*cking beat. Em and Dre, and this kind of guys, they work with people that they respect. If you got their respect, you can get some work done.”

Eminem and Dr. Dre bring a special magic to a track that is worth a ton to any project, but there’s got to be a limit on everyone’s spending. 250k is a lot of money to lay down on just the beat, and that doesn’t include other expenses that go into creating a single song.

You can check out a KXNG Crooked track below. It’s nice, but it wasn’t touched by Em or Dre.

New Drake Song LEAKS Online Ahead Of ‘Certified Lover Boy’
11 minutes ago by Kathleen
STAY AT HOME & WORK AT HOME FOR USA ►Check ...