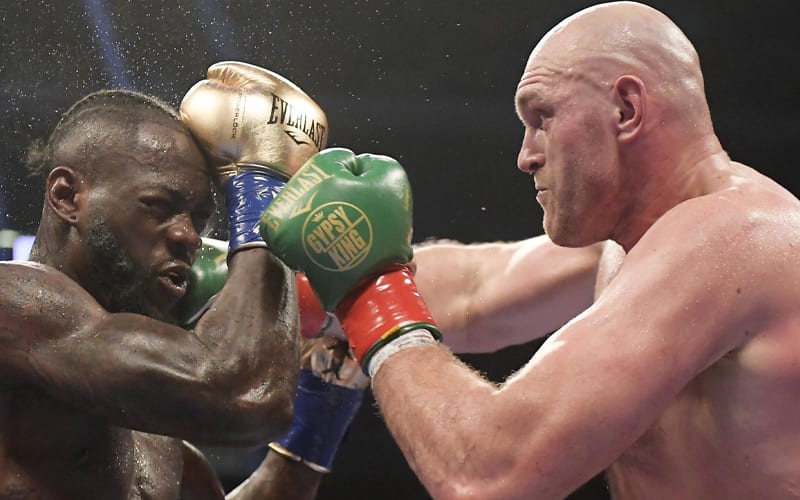 Tyson Fury and Deontay Wilder made headlines and sold a ton of pay-per-view buys with their fight one year ago. Going into the fight some fans saw Fury as an underdog, but they were sorely mistaken when the final bell sounded.

Fury won that fight with a TKO that surprised many in the boxing world. Fury was the better boxer that night, and he remembers the successful fight fondly. He is also having a little fun with his victory one year later.

As he celebrated the one-year anniversary of his big win, Tyson Fury posted on Instagram. He mocked Deontay Wilder a bit in the process while sharing a video.

The pandemic halted Tyson Fury’s 2020 plans in a lot of ways. He even teased further involvement with WWE, but that didn’t come to pass. He’s still ready for a fight, but those big money deals take time to work out, and the Gypsy King doesn’t show up for free.